Daniel Bornstein from Melbourne is one of the Grubby Urchins featured during the Sydney Classic & Wooden Boat Festival early in April and he gave a solo performance on board the James Craig later that week with the Forties in support. http://www.grubbyurchins.com/  Facebook: The Grubby Urchins, Daniel and Joe Hillel, run a weekly Sea Shanty Session on Wednesdays at The Brothers Public House in Fitzroy, Vic. 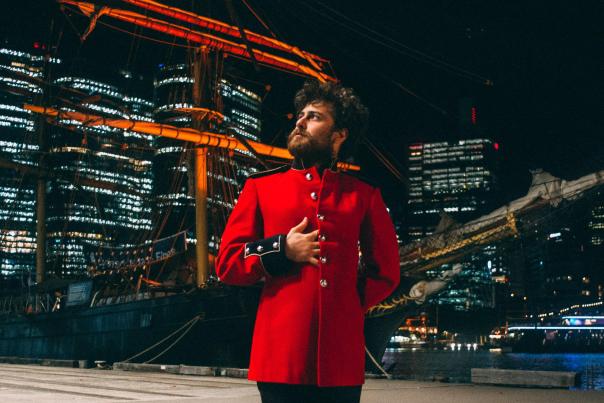 Daniel Bornstein looking rather devastating in front of the James Craig and the overpowering lights of Sydney town as a backdrop.

This site uses Akismet to reduce spam. Learn how your comment data is processed.