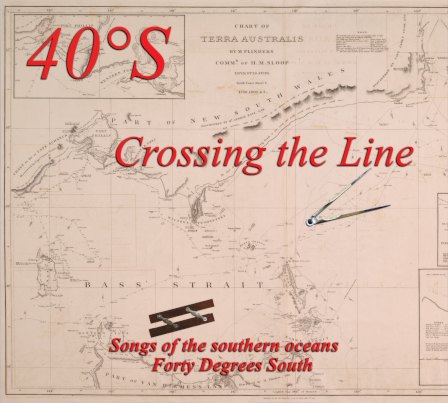 Copies of “Crossing the Line” can be purchased at Bandcamp or by emailing us.

Notes about the songs on CROSSING THE LINE

CROSSING THE LINE is a collection of sea songs and shanties from the southern oceans. The songs span two centuries and include less commonly known versions from original sources.
Click song title for lyrics.

* Lyrics of the songs may have been “folk processed” over the years.

Special thanks to Christina Mimmocchi for her unfailing enthusiasm. Thanks also to the singers who have influenced us over many decades, the collectors, authors of ships logs, etc., and not forgetting the shanty singers of the 21st Century who have refocussed our love of these songs.