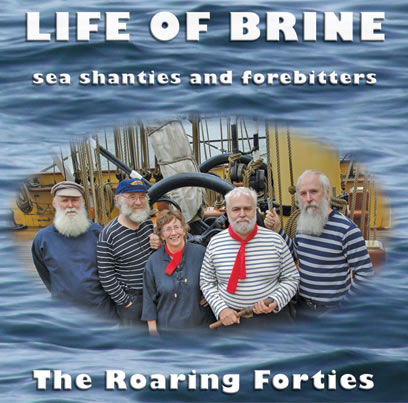 Notes about the songs on LIFE OF BRINE

Shanties are sailors’ work songs used to synchronise the work of hauling on ropes, heaving capstans, working pumps etc. Forebitters are the songs sailors sang when off watch at the bow (fore of the bitts). The language and the tunes are rough and raw and recall a special era of nautical history. Half the songs on this CD by Sydney‘s foremost shanty group have Australian content/authorship.
* Australian author/composer/arranger, # Australian reference in the text, Click song title for lyrics.

Lyrics of the songs may have been “folk processed” over the years.